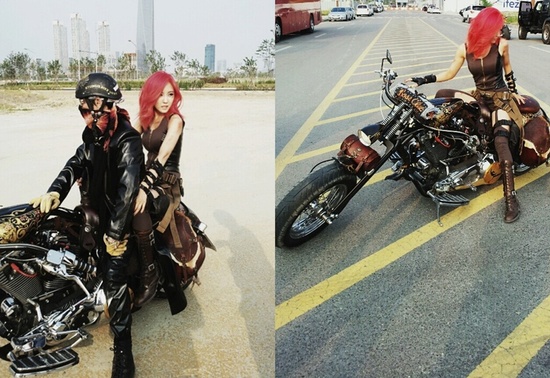 T-ara finally showed more images of their shocking transformation into Sci-Fi warriors for their upcoming music video “Day by Day.” Star News received exclusive pictures from the music video that contains Eunjung, Jiyeon, and Hyomin. Although Hyomin and new member Dani’s pictures were revealed before, this is the first time that Eunjung and Jiyeon’s pictures are being revealed.

“Day By Day” will be a 20 minute long music video directed by Cha Eun Taek. Jiyeon is blonde, Eunjung has black hair, and Hyomin has red hair.

It looks as though the three are fighting each other in one of the pictures. On July 3, they will release the single “Day by Day” and comeback. T-ara will hold their first National exclusive tour on August 11.

Me2soompi
T-ara
Day by Day
How does this article make you feel?