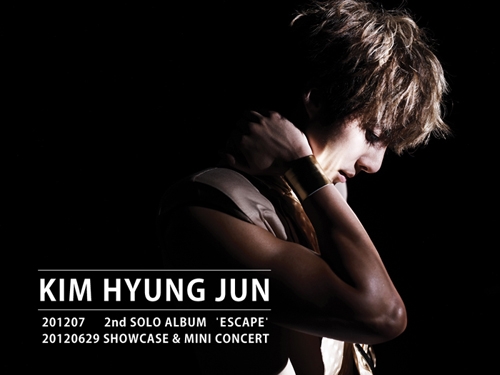 Kim Hyung Jun to Hold Come Back Showcase on June 29

Kim Hyun Jun from SS501 is to hold “Kim Hyung Jun Showcase & Mini Concert” on June 29 prior to the release of his second solo album “ESCAPE.” Kim Hyung Jun is coming back with “ESCAPE” after a year and four months of hiatus from his singing career.

He revealed a teaser image on his official website, showcasing masculine, sexy, and charismatic side instead of his usual cute and gentle image. His fans seem to welcome such transformation with open arms, too. Fans are excited to see such masculinity and maturity in Kim Hyung Jun’s music as well as his appearance.

Kim Hyung Jun also successfully debuted as an actor this year by starring in “Glowing She” and “Late Blossom.” As he has gotten more experiences, matured as a singer, actor, and as a person, one cannot help but to get excited to have him come back to the stages. His showcase will be on June 29 and upcoming album “ESCAPE” will be released in early July.