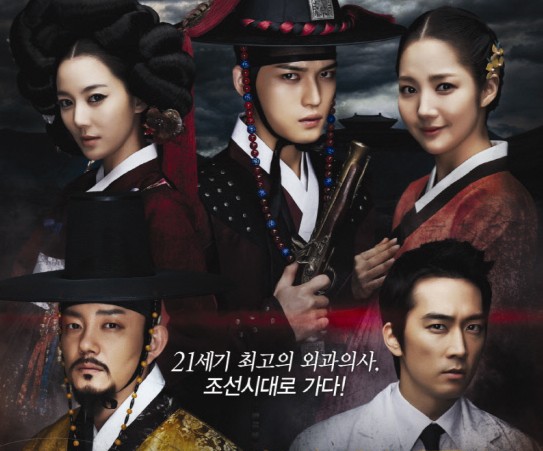 2AM‘s Changmin and Seulong have contributed to the “Dr. Jin” OST. Previously, JYJ‘s Jaejoong and Zia have sang for the OST and with 2AM’s addition, the popularity of the drama is expected to grow.

Changmin and Seulong will be singing “Path of Tears,” which has a grand string accompaniment. The track is said to maximize the strength of the two vocalists. “Path of Tears” will be released through various music sites on June 22. The track was composed by Kwon Tae Eun, who is the music director of Mnet‘s “Voice of Korea,” and the lyrics were written by Choi Jae Woo, who wrote songs for other popular hit dramas like “Secret Garden” and “Bad Guy.”

This will be Changmin’s third OST track following “Like A Fool” for the drama, “Personal Preference” and “Can’t I Love” for the “Dream High” OST.

2AM
Changmin (2AM)
Seulong
Dr. Jin
KPLG
How does this article make you feel?