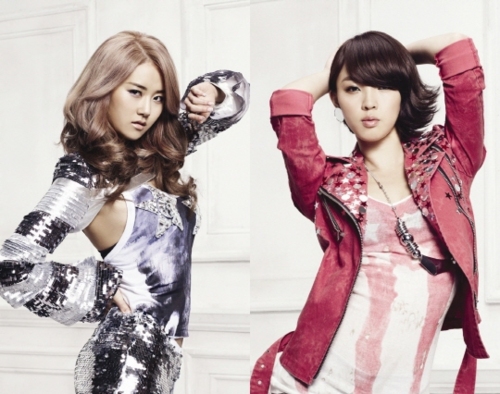 4minute’s Jeon Ji Yoon and Heo Ga Yoon revealed a photo taken at the airport before heading off to London. On June 21, Jeon Ji Yoon wrote on her twitter, “Before going to England. Double Yoon.” Along with the tweet, she attached a picture.

In the photo, Jeon Ji Yoon made her cool charm look appealing with her clear skin and orange jacket. Heo Ga Yoon caught people’s eyes with her stylish fashion. She added a scarf to her plain, white shirt to accessorize it. Both showed off their clear skin that were flawless even without makeup.

Netizens who saw the picture said, “No makeup face is pretty too,” “Why are they going to England?” and “Who knew that their image offstage would be so innocent.”

Meanwhile, 4minute is attending “MBC Korean Cultural Festival in London 2012” concert, which will happen on June 23.