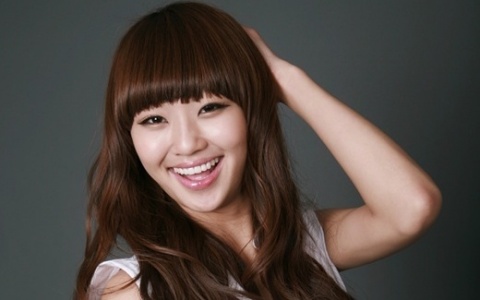 SISTAR Releases New Teaser Photos of Hyorin for “Loving U”

Teaser photos of Sistar‘s Hyorin recently surfaced on the internet. On June 22, Sistar’s agency, Starship Entertainment, revealed Sistar’s summer special album, “Loving U,” on their official twitter website. As seen in the photos below, Hyorin is wearing a white shirt as she is trying to portray an innocent yet sexy image. It almost seems like the concept of the photo is to capture the hearts of Hyorin’s male fans.

Netizen’s who saw this photo commented, “Hyorin is definitely trying to target the hearts of her uncle fans,” “Is this really Hyorin? She looks so innocent,” “I can’t wait for the release of her new album,” and more.

Meanwhile, on June 28, Sistar will be releasing their special summer album, “Loving U.”

Hyolyn
SISTAR
KPLG
Loving U
How does this article make you feel?