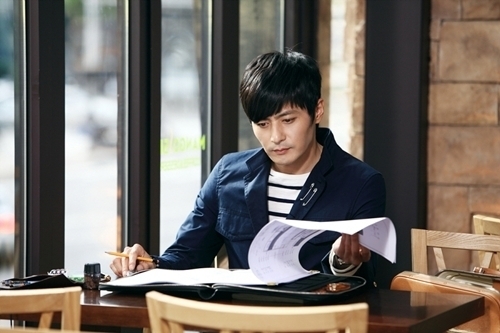 Jang Dong Gun‘s fanclub surprised their favorite actor with a food truck with 100 servings of food at the filming set of SBS “A Gentleman’s Dignity” to celebrate his return to the small screen after twelve years. Jang Dong Gun’s fanclub prepared a dinner truck for all actors, actresses, and crew members of “A Gentleman’s Dignity” on June 21. The food truck had traditional Korean meal consisting of rice, soup, and several side dishes,as well as desserts such as ice cream and nuts.

Jang Dong Gun thanked his fans, “I am so touched by my fans’ heartfelt gift. They are so considerate. Thank you for allowing us to have a chance to grab a warm, hearty meal with all the staff members who are working so hard for this show.” A crew member on the filming set of “A Gentleman’s Dignity” added, “We understand that there are many people out there who watch our show and support us. We will try our best to make a good, memorable TV drama together until the end.”

A Gentleman's Dignity
Jang Dong Gun
How does this article make you feel?