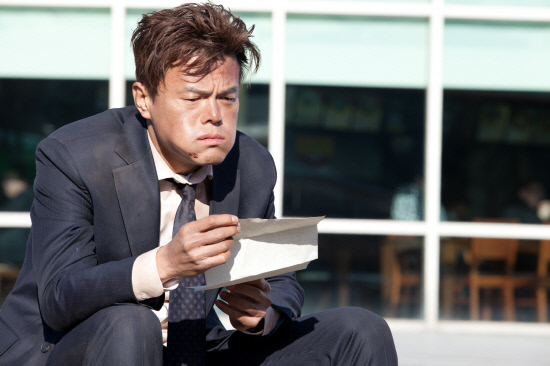 In the film, JYP plays a lobbyist “Choi Young In” who was delivering $5 Million, then realizes that his boss was trying to get rid of him. Now he is being pursued by the Korean mafia and also his boss’s lackeys.

In the trailer, there are constant scenes where JYP is being made fun of for his looks. In the film, people keep thinking that JYP is from another country. In one scene, he is shown looking disheveled and a hot bar stand lady tells JYP, “Here have this hot bar and go back to your country.” It looks as though this will be a very funny film!

5 Million Dollar Man
JYP
How does this article make you feel?