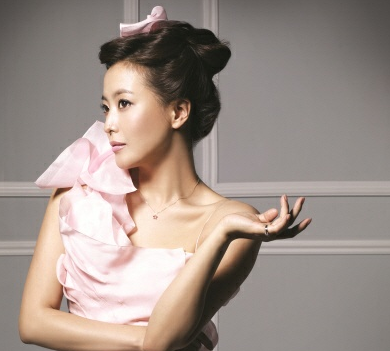 Actress Kim Hee Sun recently made public her great confidence in her looks, drawing much attention from viewers.

On this particular episode Haha asked Kim Hee Sun the famed question, “Princess (her nickname), since what age have you always been so pretty?” to which she replied “Always.” Ji Suk Jin then teased with, “Then until what age will you stop being so pretty?” to which Kim Hee Sun again replied unrelentingly, “For as long as I live.” And when asked how she would rank herself among Korea’s most beautiful women, she replied with little hesitation, “First!” displaying the trademark confidence the actress has placed in her looks.

In the same episode MC Yoo Jae Suk loses the trophy to Kim Hee Sun in an upset of a surprising turn of events, making this episode a memorable one to catch!

(Watch the video of the show here!)