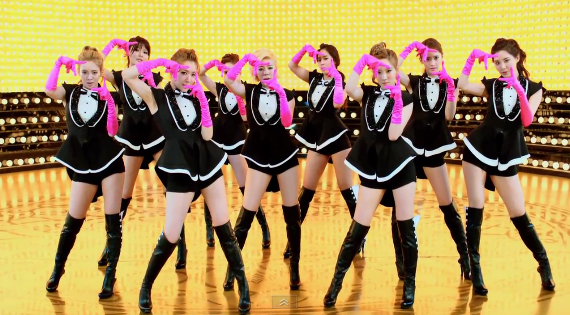 The trending post contains a composite photo with photoshopped stills parodying Girls’ Generation’s CF for a Yogurt drink. Instead of the yogurt product, the girls are instead seen here trying to sell the pink rubber gloves that were part of their “Paparazzi” costume. The pink rubber gloves are being marketed as “Soshi Hands” as part of a supposed Home Shopping venture into kitchen goods.

The photo has gained mass popularity for the cleverly written lines added next to each member carrying a pair of pink rubber gloves instead of a yogurt drink bottle.