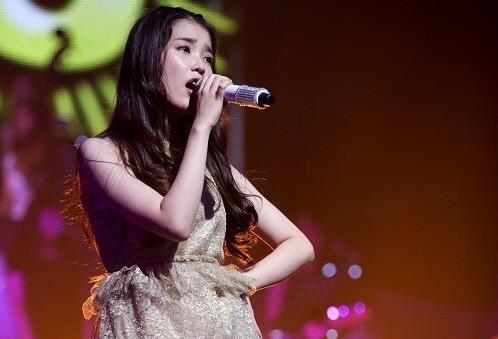 IU will hold her first Japanese concert since her debut! The exclusive IU concert will be held on September 17 at the Tokyo Forum A Hall. The title of the concert is “IU Friendship Special Concert Fall 2012.” This is her first concert since 6 months of debuting in Japan. Back in March, she held a debut showcase in Japan.

On July 18 IU will release her new Japanese single “You and I.” This is the Japanese version of the original. The song was composed by Lee Min Soo and the lyrics written by Kim Yi Na. Since April IU held her first promotions in Japan and her second official album “Last Fantasy” reached #1 on the Japanese iTunes charts.

Looking at the success she has been having in Japan, it looks as though her exclusive concert will do well! Stay tuned to Soompi.com for more news of IU.