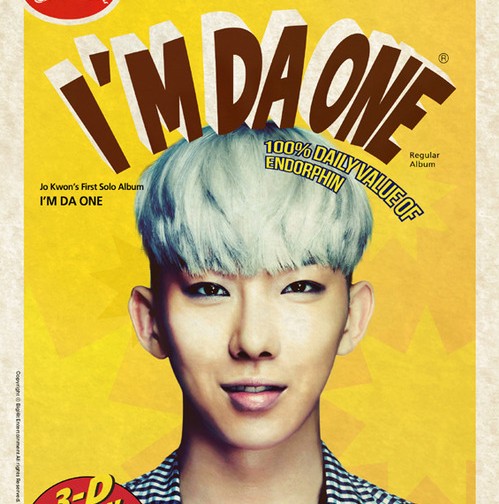 Girl group, Gangkiz shows yet another side of themselves with their follow-up title track, “Mama.” The song was co-composed by Kang Ji Won and Kim Ki Bum and is much anticipated by fans because the dance is said to be choreographed by the same choreographer of Beyonce’s “Single Ladies.” The song is expected to be a hit this summer.

Talented female vocal group, She’z releases a new single album titled, “She’z Holic.” There are a total of two track and their respective instrumentals. The title track is “My Own Way,” a dance number that focuses on acoustic and rock sounds unlike most mainstream K-Pop. The song is about the modern woman who isn’t afraid to speak her mind and is very independent.

Baek Chung Kang of the reality show, “The Birth of a Great Star” finally debuts with his first mini-album titled, “All Night.” Included in this album is an electronic house dance number of the same title. This song has strong shuffle dance beats with emotional vocals from the singer. This groovy dance number is expected to be a hit this summer. Also included in this album is “Intoxicated By You,” a lively track about a hidden love story. The song was composed, penned, and arranged by SEION who has made his name known by doing well on the Oricon charts in Japan. This song has a J-Pop feel to it.

Korea’s top ballad singer, K.Will releases a digital single titled, “We Never Go Alone.” It is known that this was a gift for veteran actor Jang Dong Gun and his staff who has been working for him for the past ten years. The song is for a campaign for the premium whiskey brand, Imperial.

R&B queen, Hwayobi releases a new digital single titled, “I Live Like This” this month. It is a medium tempo number about a woman who wants to tell her ex-boyfriend her honest feelings after breakup. The singer songwriter composed, penned, and produced this song.

Thanks to motoway065 for translations.