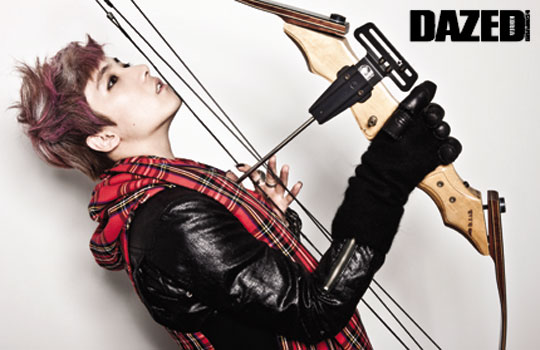 The July issue of the magazine featured a photo shoot titled, “Musicians’ Olympic,” which is organized to celebrate the upcoming London Olympic. The pictorial was shot under a unique concept of combining sports and music together, as Hongki picked up a tennis racket and a bow over the guitar and drum sticks.

Lee Hongki usually shies away from magazine photo shoots, but the idea of fusing UK punk rock band styles and sports prompted the star vocalist to take part in the photo shoot. According to people involved with the photo spread, Hongki is reported to have actively engaged himself in the overall filming process, while bringing in his own fashion items as well.

The full photo spread and Hongki’s interview will be released in the July issue of Dazed & Confused.

FTISLAND
KPLG
Lee Hongki
dazed and confused
How does this article make you feel?