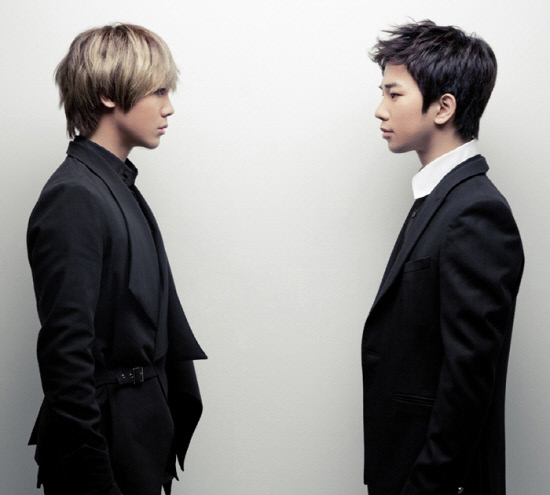 MBLAQ‘s Mir and G.O. are finally hopping on the bandwagon to form a unit group of their own following an extremely popular trend of Idol groups! Their digital single “Wild” will be available for download on June 27. The song has been described as possessing an intoxicating melody with a funky groove that is best categorized as hip-hop. The two have also participated in composing the lyrics that tell a story from the viewpoint of a confident young man who tells it like it is.

J.tune Camp announced that Mir and G.O. will be giving their energetic performance of “Wild” as a unit for the first time on their “THE BLAQ% (Asia)TOUR” Part 1.

J.tune Camp also clarified that Mir and G.O. are not yet confirmed to be members of the official sub-unit group of MBLAQ, “The special duet will be special performances for MBLAQ fans around the world. We still have yet to finalize the decision on which members will be forming our official sub-unit group but will be taking into account fans’ reactions as we prepare multiple pairings and groupings of members to give performances for part 2 of the tour.”

Mir and G.O. are set to perform “Wild” on June 30 in Jakarta, Indonesia.

MBLAQ
Mir
KPLG
G.O
How does this article make you feel?