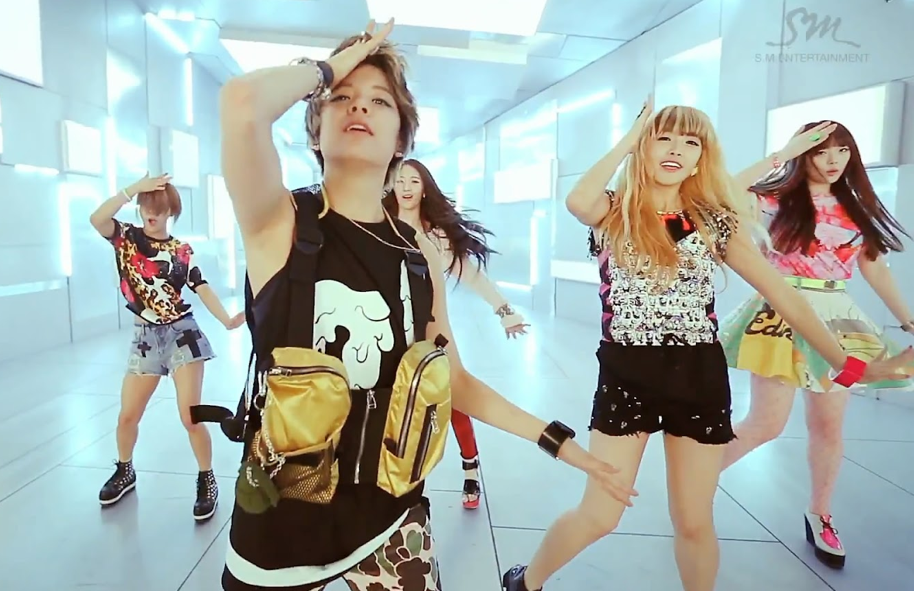 Park Jung Hyun (aka Lena Park) and f(x) made guest appearances on yesterday’s episode of KBS “National Talk Show Hello.” During the episode, the MCs congratulated the girls on the success of their recent comeback. One of the MCs asked, “f(x) has been receiving so much love worldwide with a new song. You guys probably don’t have anything to worry about, do you?”

Victoria answered, “I love cooking, but because we’re tied with schedules from morning to night, I don’t have time to cook and eat food that I want.” Amber also responded, “It’s been four years since I’ve been in Korea, but Korean is getting more and more confusing. The more I learn, the harder it gets. I can’t get the words out.” She continued, “In addition to Korean, I’m learning Chinese and Japanese, but I’m forgetting English.”

When it was her turn to speak, Krystal simply smiled, implying that she had no worries. When all the male MCs melted at the sight of her bashful smile, Lee Young Ja humorously rolled her eyes as she jabbed, “All the other members answered the question, all she did was smile. Psh. Amber! Is Krystal like this in the dorms as well?” to which Amber replied, “Yes, she’s always like that,” humoring fans.

Meanwhile, f(x) made its comeback with “Electric Shock” on June 13 and has been sweeping various music charts, as well as music shows.