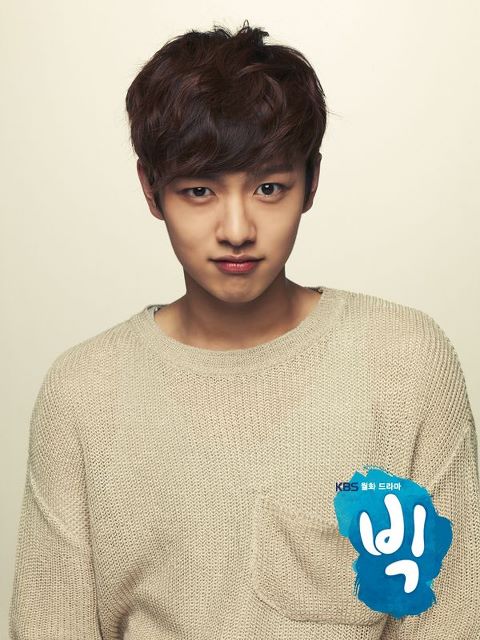 Shin Won Ho’s colorful history prior to his debut has become a hot topic among netizens.

Recently, an online community bulletin board post titled, “The Thousand Faces of Shin Won Ho” revealed several past photographs of the “Big” actor.

The photos were from his days prior to making his official debut. In the released photographs, Shin Won Ho was the focus and appeared to be taken sometime in the middle of 2011. One that particularly caught the attention of the public was a photo of Won Ho with Big Bang’s leader G-Dragon. The two had worked together in a clothing advertisement for popular clothing brand “Bean Pole.” He gained the nickname “G-Dragon’s Man” since he helped pick out outfits for G-Dragon as well.

Since then, the rookie idol has racked up quite an impressive resume as he had been cast in commercials for “Bean Pole,” “Dunkin’ Donuts,” “Skin Food,” “KT Wireless Internet,” and “Cyworld“.

Also in 2012, Shin Won Ho was recognized at the 7th Asian Model Festival Awards as he was honored with the CF Model Award, following previous year’s winner “Dream High‘s” Kim Soo Hyun. With this win he was acknowledged as the next-generation’s ‘advertising prince.’

In addition to his current role in the KBS 2 TV’s drama series “Big” as Kang Kyung Joon, he is an active member of newly debuted boy group Cross Gene. As part of Cross Gene, he plays the part of the group’s vocal as well as their visual. Shin Won Ho is able to retain his innocent boy appearance while exuding exquisite charm, which captivates the hearts and minds of fans. His many talents and skills have quickly earned him the reputation of being the boy with a thousand faces.

Netizen’s who saw Shin Won Ho’s debut pictures commented, “Who knew that he worked with G-Dragon,” “He was a commercial actor and model since before his debut,” “Dramas, singer, ads, model he is the universal idol Shin Won Ho,” “Shin Won Ho pre-debut history is strong.”