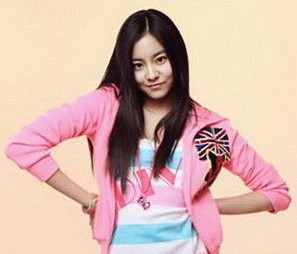 In recent times, the standards of a “thin and pretty body” are dangerously changing for the worse. It seems that “being stick-skinny” is the new “being fit,” especially in a nation as image-conscious as Korea. Therefore, it is a sad reality that many women are over-strain their bodies with over-the-top diets and exercise.

It seems that even men have this kind of viewpoint when it comes to female bodies. On the episode of “World Changing Quiz” that aired on June 23, comedians Ji Sang Ryul, Lee Hyuk Jae and health trainer Sean Lee made some comments that infuriated the netizens. MC Park Mi Sun asked the guests, “What is the standard for a chubby body in the eyes of men?” Ji Sang Ryul answered, “About Son Ye Jin‘s body?” and Sean Lee named actresses Jo Yeo Jung and Song Hye Gyo.

As soon as this was aired, netizens were outraged. They were most peeved at the mentions of Song Hye Gyo, Son Ye Jin and Jo Yeo Jung being chubby actresses. As soon as the negative comments were piling up, Sean Lee quickly posted on his Twitter, “I originally said: ‘When people look at old photos of Jo Yeo Jung and Song Hye Gyo, they say that those actresses were chubby. However, I think they appeared that way because of their voluminous curves and their healthy image.’ But the editing made it seem like I said it in a different way.”

One netizen fired, “A ‘chubby’ Lee Hyuk Jae’ calls a ‘thin’ Ahn Sun Young ‘chubby’ and Sean Lee, who is supposed to be a famous health trainer, names Jo Yeo Jung and Song Hye Gyo as chubby actresses. Has the world gone mad?!” Another netizen stated, “No matter how old she is, a woman is still a woman. How can you call her extremely overweight right to her face? I really can’t understand the standards of our country.” Others stated, “Lee Hyuk Jae, who calls other women chubby, can’t even button up his own shirt because he’s so fat. Go look at a mirror,” and “What is the standard of being thin? Dammit.”

This isn’t the only case. On the episode of “Hello” that aired on June 25, the show introduced a woman, whose trouble was her husband’s irrational standard of her body. She shared, “When my husband and I were dating before we got married, he would only look at thin girls. I weighed 75kg at that time so I thought I would lose this man if I continued to look like this. So I did some extreme dieting and exercising and went down to 46kg. As soon as I went down to 46kg, he proposed to me. But the problem is, even after our marriage, he wants me to maintain my 46kg figure.”

She revealed that he controls her daily diet and her exercises. He even checks her stomach every day to see if it sticks out. The husband commented, “Just as women like tall men, men like thin women.” The husband expressed that Uee has the most ideal body shape and his wife should look like her. Needless to say, this woman won the most votes of the day.

Everyone’s standards of a beautiful body is different. And it is wrong to force everyone to have the same exact standard. But it is just saddening to see how female celebrities and women in general have to live in stricter conditions to become or maintain their “thin” figures.

One netizen’s comment especially resonates: “Do we have to become nothing but skin and bones to be considered ‘thin’ now?”