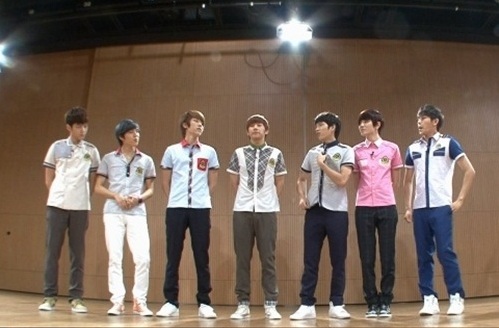 Infinite wore school uniforms and gave off a flower boy look that was comparable to F4 from “Boys Over Flowers!”

For the June 27 show of Mnet’s “Wide Entertainment News” the Infinite members wore school uniforms for a knowledge quiz. Infinite has appeared in school uniform commercials before, that is why they fit perfectly into the clothes!

On this day, Sung Jong was voted as the one that looked best in a uniform. On the other hand, Infinite leader Sunggyu was made fun of. Hoya stated, “I think it’s because Sunggyu hyung is older but instead of a student he looks more like a bank teller.”

For the knowledge quiz, Infinite members were asked questions about math, English, and writing. This show will broadcast 9PM KST on June 27.

F4
INFINITE
KPLG
How does this article make you feel?