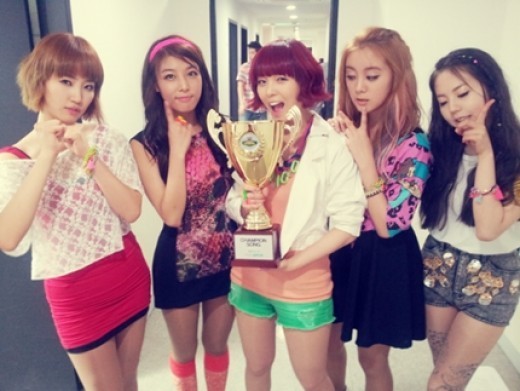 Billboard.com Highly Praises Wonder Girls’ “Like This,” Calls It an Upgrade of Beyonce

On June 22, Billboard.com published an article featuring Wonder Girls’ newly released album, “Wonder Party.” They reported how the Wonder Girls are giving a strong influence on K-Pop and how their title track, “Like This” has trumped Big Bang on the K-Pop Hot 100 chart.

Currently, “Like This” is number 1 for the fourth week of June on the K-Pop Hot 100 and their other track, “Girlfriend” is ranked at 27th place.

Billboard
Billboard K-Pop Hot 100
Wonder Girls
Wonder Party
Like This
KPLG
How does this article make you feel?