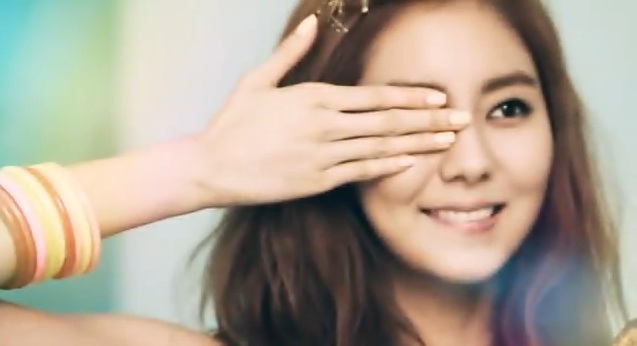 In a recently revealed behind-the-scenes video, After School’s Uee gives you a sneak peek at Ceci Magazine’s photo shoot. The photo spread was for the cover of Ceci Magazine’s July issue.

The 1:41 long video starts with Uee’s trademark long and slender legs. With a relaxing guitar sound playing in the back, Uee creates a perfect 1960s-style, coffee shop-themed atmosphere. With a big popcorn basket in hand, Uee gives off an oddly cute yet sexy image, showing why she was picked as the cover model of this month’s Ceci Magazine.

Enjoy the video below!

After School
Uee
KPLG
Ceci Magazine
How does this article make you feel?