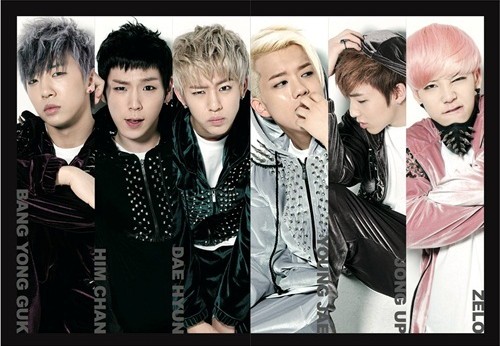 In the photo book, B.A.P revealed behind-the-scene pictures from filming the music video of “Power.” Members of B.A.P had faux-tattoos drawn on their bodies for this music video. One of the BTS photos include the youngest member Zelo revealing his bare shoulders and back to have a tattoo on his shoulder. The photo book also includes Bang Yong Guk‘s heart-wrenching stories about his arm injury, his grandfather’s passing away, and all other hardships he had to go through while working on the second album.

Meanwhile, “Recording Take 2” is of A2 size, allowing fans to easily take a page from the book to decorate their rooms with their favorite B.A.P member or all of them.