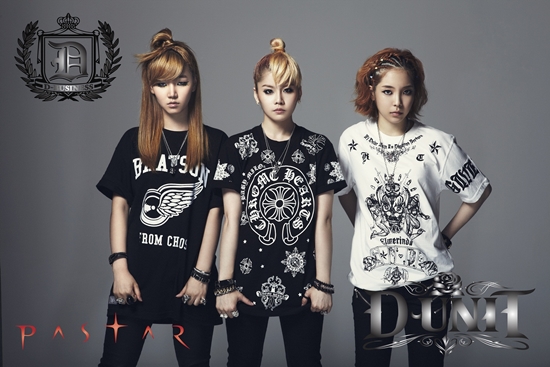 T-ara Boram: “I Think I Will Cry When My Sister Woo Ram Debuts”

On June 30 D-unit held a fan meeting of 40 people for two hours before their official debut later this year.

Although the initial 30 fans were invited from D-unit Wooram‘s fan cafe website, 10 additional fans showed up after reading about it in the news and were not turned away.

The attendees were given the opportunity to share a meal with D-unit and spend quality time with the members. Among the things they discussed were the members’ ideal types. Wooram said hers was Jo In Sung, Yoojin picked Song Seung Hyun and Soojin chose Park Hyo Shin as their ideal type. Wooram explained she picked Jo In Sung because, “His dramas, movies and products made me fall for him. His acting is just so tasteful and amazing.”

Wooram was also asked by a fan, “Has your older sister Boram of T-ara done anything special for you ever since your debut became official?” To which she replied, “I actually had multiple opportunities to debut, but for one reason or another they were all canceled. My sister told me recently that if this debut goes through, she would be so happy for me that she might cry,” while unable to hold her own tears back.

Wooram continued, “I wish I could see my sister more often, but because of T-ara activities she is unable to make time for me. So we call each other for updates and to encourage each other.”

When asked if they were stressed or anxious about their future debut, D-unit gave a mature and confident answer.

“With our debut coming up soon, we don’t feel burdened or stressed out. If anything, we’re more worried about what comes after our debut- whether we’ll be successful or not…so we’re practicing hard.” The 40 fans who were gathered there promised, “We’ll always be rooting for D-unit. We’ll forever be supporters of D-unit.”

D-unit’s agency D-Business Entertainment also released this press statement about the event, “D-unit members enjoyed giving a surprised fan meeting and getting a chance to get close to their fans. We’re also looking to change Wooram’s fan cafe to D-unit’s fan cafe.”

D-unit also prepared gifts for their fans while spending two hours of quality time getting to know one another. D-unit has recently gained lots of press attention pre-debut for adding Wooram to their group, who is the younger sibling of T-ara’s Boram.

Boram
T-ara
KPLG
D-unit
Wooram
How does this article make you feel?