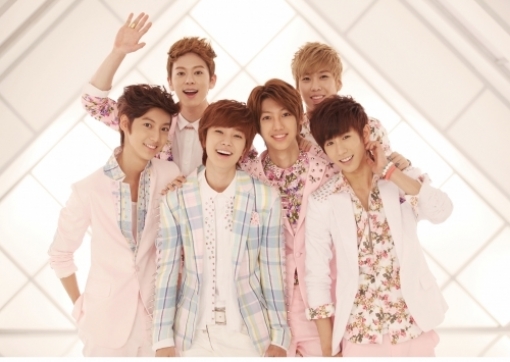 Members of Boyfriend opened their debut showcase by appearing in a large gondola in the air. They presented live performance stages of their hit songs in Korea. At this premium showcase at the Budokan, Boyfriend revealed a new song, “Be My Shine – Kimiwo Hanasanai,” a collaborative work between Japan’s finest lyricist Goro Matsui and Korean producing group Sweet Tune. People in the audience went wild as the beginning of “Be My Shine- Kimiwo Hanasanai” was playing.

They will release their official debut single on August 22 and greet their excited Japanese fans on August 25 and 26 through a large-scale fanclub event.

Boyfriend
Be My Shine
First Date with Boyfriend in Japan
How does this article make you feel?