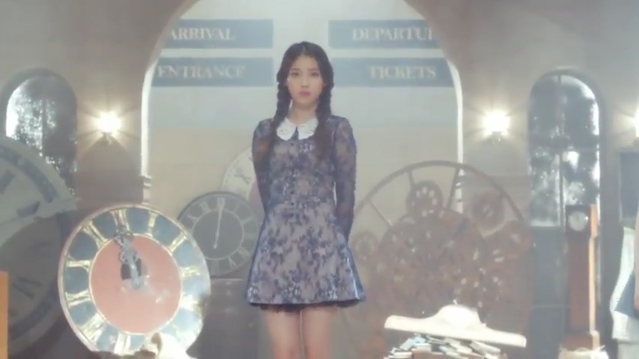 IU Reveals Japanese Short Ver. MV For “You & I”

IU’s short version music video for her second Japanese single “You & I” was released online today by EMI Music Japan. The single will be released in two weeks on July 18.

The original Korean version of the song was released last November and was the title track for her second album “Last Fantasy.” While the original music video featured IU building a time machine, this one starts with her reading a fantasy book that shows storyline of the Korean music video. At the end, she follows a fairy that leads her to a clock. More of the story will be revealed once the full music video is released.

IU previously released her Japanese debut single “Good Day” in March and was able to gain a lot of popularity. This September she will hold her first exclusive concert in Japan, “IU Friendship Special Concert Fall 2012.”

IU
KPLG
Japanese Promotions
How does this article make you feel?