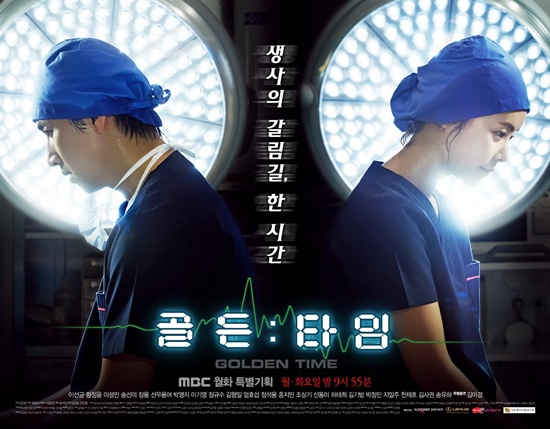 The upcoming MBC drama “Golden Time” recently released official posters. The posters show Lee Sun Kyun and Hwang Jung Eum with their backs to each other. While another one also features the rest of the cast Lee Sung Min and Song Sun Mi.

After the photoshoot Lee Sun Kyun stated, “The photoshoot for the poser was a lot more dynamic, because the drama itself involves stories at a hospital where everything needs to be swift.

The drama “Golden Time” is set in a surgical ward at a hospital. The two main characters are played by Lee Sun Kyun and Hwang Jung Eum. Lee Sun Kyun plays a top-notch surgeon with a cold demeanor who is very outspoken. While, Hwang Jung Eum plays a girl whose family owns the hospital but she decides to become a med student inter.

(The golden time or golden hour is the time period after an injury where doctors have the highest possibility of preventing a patient’s death.)