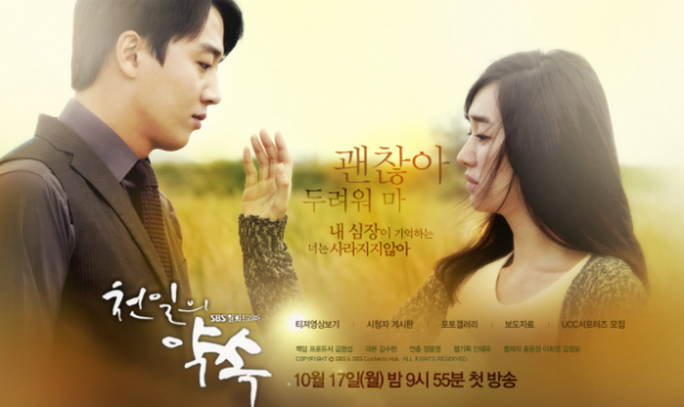 2011 melodrama “A Thousand Days’ Promise,” starring Kim Rae Won and Soo Ae, is getting a Chinese remake. A source within the industry stated, “Chinese production company, Mi Nong Group, has bought the rights to ‘A Thousand Days Promise’ and are in the process of producing a remake version. They’re planning on airing it by the end of this year. As for casting, they’re trying to sign on a hallyu star for the main male lead. All the other roles will be given to Chinese actors.” It’s been revealed that Mi Nong Group also recently bought the rights to Song Yuri’s “Feast of the Gods.”

“A Thousand Days’ Promise” tells the story of a woman who is slowly losing her memory and a man who loves her unconditionally.