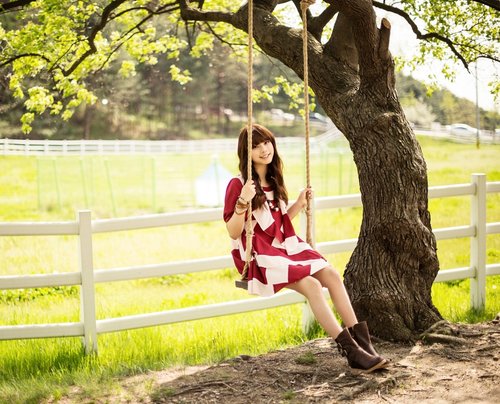 Rookie singer Juniel is set to gain another foothold in the entertainment industry. The young singer, who just debuted in Korea in June, was recently named a regular guest on KBS2 FM’s “Super Junior’s Kiss the Radio,” according to reports in local news agencies.

The radio program, currently hosted by Super Junior members Ryeowook and Sungmin, has also recently featured Juniel, while on promotion for her “My First June” album. Her regular guest stint on “Kiss the Radio” was reportedly fixed on July 4, with the “Enduring Singers” portion of the radio program.

Reports quoted Juniel as saying, “I love the medium of radio, and being a regular guest on the program means I will get to work with my seniors, Super Junior. I am excited about the program and thankful of the opportunity.”

She added, “I’m going to show my natural self on the radio.”

Hong Sun Young, the producer for “Kiss the Radio” showed his affection and showered words of praise on Juniel. He said, “I’m convinced that Juniel will shine as the best rookie of 2012.”

Super Junior
Kiss The Radio
Ryeowook
Sungmin
Juniel
KPLG
My First June
How does this article make you feel?