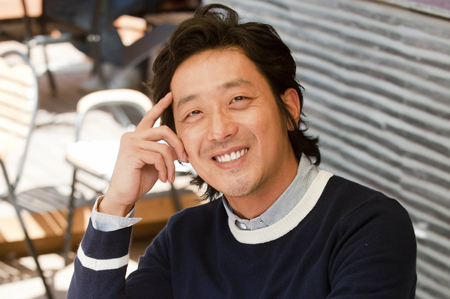 Ha Jung Woo’s Next Film to Be “The Way Home?”

It looks as though Ha Jung Woo has decided on what film he will appear in next. Currently Ha Jung Woo is being called the trend of “Chungmuro.” (Basically, Korea’s Hollywood, which is a street of culture, artists, and the film industry)

Ha Jung Woo will be appearing in the film “The Way Home” which will be directed by Bang Eun Jin. A film industry representative stated, “’The Way Home’ is a scenario made by CJ Entertainment. Bang Eun Jin sent out a love call to Ha Jung Woo. Although official contracts have not been signed, if there are no other changes, it will be Ha Jung Woo’s next film.”

The story is about a wife who ends up in a French prison, after being framed for delivering drugs. If Ha Jung Woo confirms his appearance in the film, he will play the husband who tries to prove her innocence.

A representative of the film stated, “The film will be very moving. Ha Jung Woo will play a character slightly different from the ones he has been portraying recently.”

Ha Jung Woo
KPLG
The Way Home
How does this article make you feel?