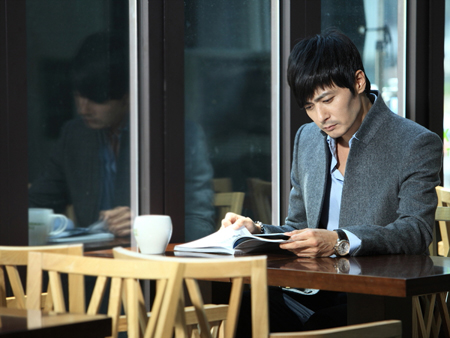 “Kim Do Jin” fans eat your heart out! For the episode of “A Gentleman’s Dignity” that was broadcast on July 8 (The 14th episode), the last featured the ballad song “More Than Me” which was sung by Jang Dong Gun (He portrays the character “Kim Do Jin”) himself! The song accentuated the emotions of the drama. The melody of the song is very sad and fits in right with the storyline of the drama.

In the past, Jang Dong Gun released an album in 1995 title “The Other Side of Eden.” After that he never sang for the public.

A representative of the drama production company stated, “The writer Kim Eun Sook suggested that Jang Dong Gun should sing a song for the drama. Jang Dong Gun agreed to this, when it fit in with the drama. Although it was hard because of his busy schedule, we believe that a good song came out because Jang Dong Gun was so good at expressing his emotions through song.”

A Gentleman's Dignity
KPLG
Kim Do Jin
More Than Me
How does this article make you feel?