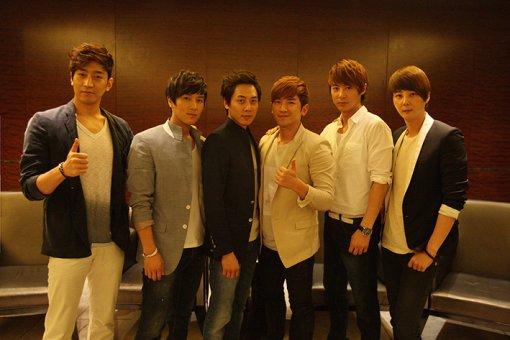 Shinhwa officially wrapped up the promotional activities of their 10th album, which was released back in March. Prior to their concert in Beijing, China, Shinhwa held a brief press conference talking about their future plans on July 7. All Shinhwa members unanimously said, “Next year is more important than this one. We want to be ‘National Idols’ who release an album every year.”

Eric added, “We expected the public and fans to welcome us with open arms this time, since we were coming back after 4 years of hiatus. However, we won’t have that advantage next year. I also understand we have to compete with other singers and idols. Hence, we have to try harder and prepare more. Shinhwa’s future promotional activities will be similar to the one we just had for the 10th album. Until then, the members will be taking care of individual careers.”

Kim Dongwan will be focusing on his acting career for the rest of the year. He had a great start with recently opened film “Deranged” and is currently considering starring in a TV drama and movie. Lee Minwoo and Shin Hye Sung will continue their solo careers as singers in the fall. Jun Jin plans on coming back to numerous variety TV, including jtbc “Shinhwa Broadcasting.” Andy, who’s successfully trained Teen Top, is currently training a new 7-individual idol group to debut in August. He will be focusing on his career as a CEO of an entertainment agency.