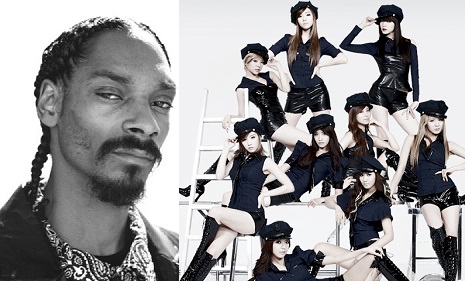 On July 8, Snoop Dogg posted on his Twitter, “Legs n thighs. No biscuits,” which basically implies that Girls’ Generation doesn’t have any other sex appeal besides their legs and thighs.

Snoop Dogg’s “no biscuits” comment was used to diss Girls’ Generation, saying that they had no sex appeal.

News agencies and many others are regarding the diss as a bit puzzling since Snoop Dogg recently participated in an English version of Girls’ Generation’s “The Boys” for the groups’ US debut.

Girls' Generation
Snoop Dogg
How does this article make you feel?