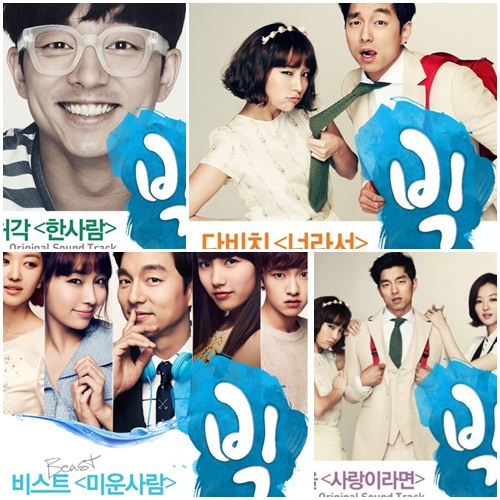 While the currently playing drama “Big” is enjoying slight increases in viewership ratings, the OST for the drama is also enjoying high popularity.

Sources from the drama spoke with Star News on July 9 and said, “It is very meaningful that the all tracks from the OST are on the high spots on music charts. With all the big name idols making their come backs these days, it’s great that the ‘Big’ and also ‘A Gentleman’s Dignity‘ OST tracks are doing so well.”

The drama source revealed that Huh Gak‘s “One Person” is the most popular out of the entire OST. This track is usually used to express the sadness that sometimes flows between Kyung Joon and Da Ran’s characters.

Other “Big” OST tracks include Davichi‘s “Because It’s You,” BEAST‘s “Hateful Person,” Noel‘s “If It’s Love,” and Venny‘s “Hey U.” BEAST’s “Hateful Person” is Da Ran’s theme song, which represents her feelings toward Kyung Joon. “Hey U” by Venny is played to portray the cute and bright atmosphere between the two characters.

Although the viewership ratings for “Big” haven’t been as high as anticipated, the OST tracks are receiving much love since they are easy to listen to and have a great variety.

Check out the preview for episode 11 here!

Big
KPLG
How does this article make you feel?