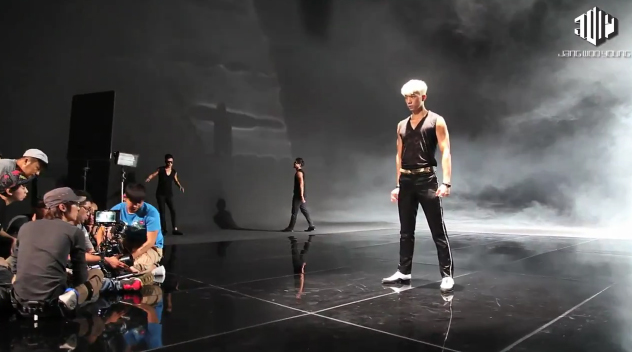 After release his music video for “Sexy Lady“ a few days ago, Jang Wooyoung has now released his “Making of “MV.” Titled “Episode 1,” it looks like we can expect him to release more behind the scenes videos for his solo promotions.

In the video released today, we get to see how the various scenes were shot for the music video. Near the beginning, it seems they avoided an accident as he didn’t go as far forward as expected while wire flying. Following that, they show a successful completion of the stunt.

His album “23, Male, Single” is set to be released on July 11. The title track “Sexy Lady” was written and composed by JYP himself. He held his solo debut showcase last night in Seoul.

It was recently revealed that Wooyoung had postponed his solo debut album due to Jo Kwon also releasing a solo album.

BTS
Wooyoung
How does this article make you feel?