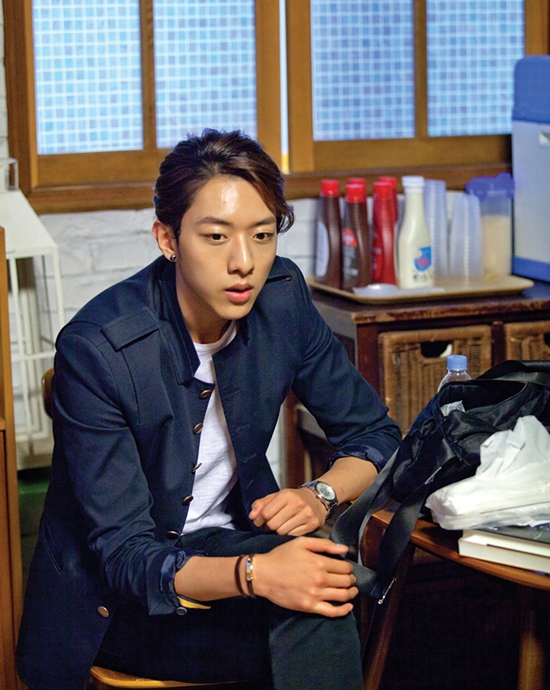 “You Rolled in Unexpectedly” gives CNBLUE fans another reason to tune in. According to reports in local news agencies, CNBLUE bassist Lee Jung Shin is set to appear in a forthcoming episode. The cameo guest appearance comes as a surprise and news only spread when the idol was snapped while filming.

“In addition to practicing instruments and further learning and working on music, in my spare time, I also take acting classes,” Lee Jung Shin was quoted as saying. “This cameo appearance in a much-loved ‘national drama’ is an honor. Since fellow CNBLUE member Kang Min Hyuk is a regular on the drama, we gather together every weekend to watch and support his hard work.”

A representative of the “You Rolled in Unexpectedly” production said, “We needed someone to play an eligible bachelor and Lee Jung Shin came to mind. We decided on him and requested to have him over for a cameo appearance. Please expect an interesting episode to unfold.”

Apart from playing the bass in CNBLUE, Lee Jung Shin has also garnered attention for his tall, model-like frame. Standing at 187cm, he has walked the runway alongside professional models at some fashion shows, including the 2011 Fall-Winter Seoul collection of a brand. Fans are looking forward to a different charm from the bassist in this acting assignment.

Lee Jung Shin’s cameo is set to air on the July 15 episode of “My Husband Got a Family.” The drama is broadcast on weekends on KBS.

CNBLUE
Kang Min Hyuk
Lee Jung Shin
my husband got a family
How does this article make you feel?