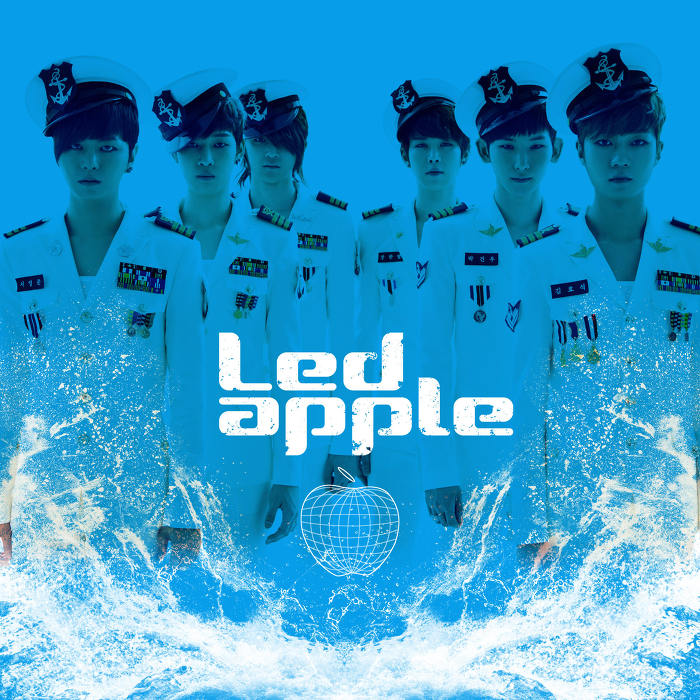 LEDApple’s Gun Woo has decided to withdraw from the group, leaving the up-and-coming idol band with five members.

On July 10, LEDApple’s agency, StarTory Entertainment said in a statement, “Gun Woo, who’s been with us since last year, has expressed his intention to withdraw from LEDApple. We will regroup as a five-member group moving forward.”

The agency said the main reason for Gun Woo’s withdrawal was due to his desire to focus more on his songwriting career. The son of the famed songwriter Park Kwang Hyun, Gun Woo has already been a part of several movie OSTs, including “I Saw the Devil” and “Two Women,” showing potential as a gifted composer.

“Gun Woo has been debating a lot with what to do with his songwriting career. After long discussions with Gun Woo and his parents, we’ve decided to respect Gun Woo’s future and agreed to have him leave the group,” the agency added.

Gun Woo’s withdrawal was somewhat expected. Late last month, Gun Woo mysteriously dropped out of the group’s Japanese concert due to what was only explained as “poor health conditions.” At the young age of 21, Gun Woo already has over 1,000 songs written by him under his belt. He will be with LEDApple until the end their mini album “Run to You” promotions.

I Saw the Devil
LEDApple
KPLG
gun woo
run to you
two women
How does this article make you feel?