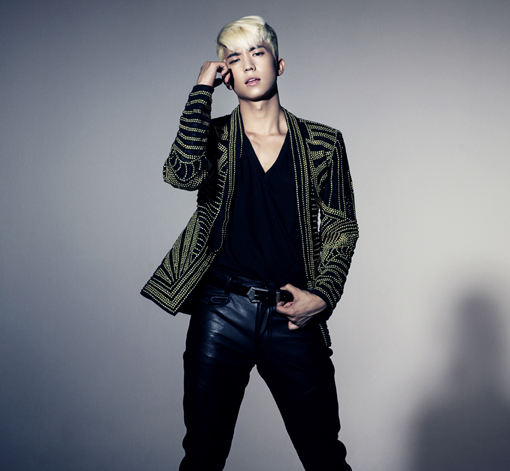 Jang Woo Young answered questions for DongA. He first stated, “I wanted to give a classy, clean, and simple image. I didn’t try hard to show off, when I needed to show strength I did, but wanted to give off a soft charisma at the same time.”

However, doing solo activities when you are a part of a group, the hardest thing is that you have to take the burden all on your own. This is Jang Woo Young’s first album and because he is the first solo act out of the group he has two times the amount of burden.

Jang Woo Young stated, “I have to do well so that the other members will have a good influence. That is why for 6 months I really bugged the staff. After conversing with them, I tried to figure out what would work with ‘Solo Singer Jang Woo Young.’”

Jang Woo Young explained why JYP chose him to be the first member to pursue solo activities. “Last year JYP told me that he wanted me to be the first solo artist out of 2PM. I was a bit surprised. I heard that he expected a lot from me when I was a trainee, and also would say good things about me to other people. I didn’t know about this at all. I was actually upset because he would criticize me more. That is when I knew what JYP felt inside. Later it gave me much strength, JYP’s saying that I should wake up through fighting and struggling.”

Jang Woo Young ended that he would, “be an artist that does not stay in one place” and continue to try different kinds of music.

Also he stated what he wants to do in the future, “About 10 years later I would like to be a producer just like JYP. I want to do music that I enjoy. I also would like to try out different genres while continuing to be a singer.”

2PM
JYP
KPLG
Jang Woo Young
How does this article make you feel?