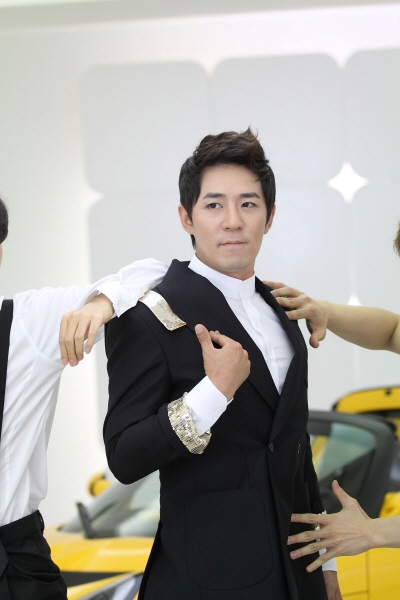 Boom to Come Back As a Singer

On July 10, Boom‘s agency announced that Boom will be having a debut stage of his upcoming single “Let Me Play” on SBS “Strong Heart.” Previously, he released “Boom’s Back” in September 2011 right after he was dismissed from the military.

Boom’s new single “Let Me Play” is produced by Gaeko of Dynamic Duo and Planet Shiver‘s Bart. The song is of electronic dance genre, garnished with energetic rock round. Originally, Gaeko wrote “Let Me Play” for Dynamic Duo’s upcoming album, but he decided to gift the song to Boom as Book and Dynamic Duo became close friends while they were serving in the military together. Gaeko participated in the song as a featured artist and Yoo Hyun Sang, the godfather of Korean Rock, played the guitar for this song.

Boom is passionately and diligently preparing for the debut stage of “Let Me Play.” He is consulting designer Kim Yoo Ahn for onstage outfits and their designs. Boom commented, “When it comes down to this, I want to be ‘Singer Lee Min Ho’ rather than Boom.” Boom’s agency announced, “Even in the middle of his busy schedule as an entertainer, Boom’s never given up on his dreams of being a singer. Through ‘Let Me Play,’ people will be able to see a different side of Boom.”

Prior to the on-screen debut of “Let Me Play,” the song will be released online on July 10 at noon KST.