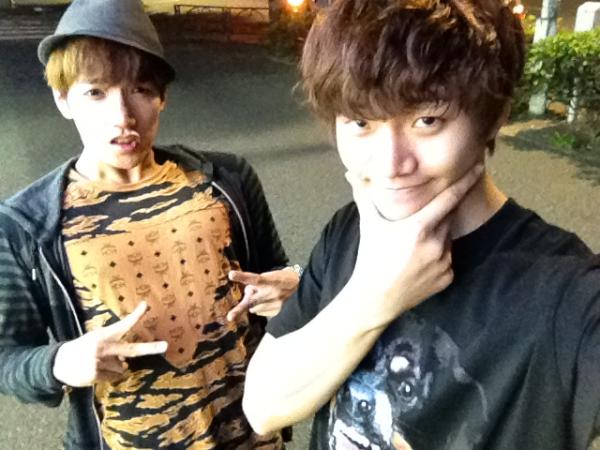 On July 9, 2PM‘s Wooyoung held a showcase for his first solo album “23, Male, Single.” At the showcase, a previously unrevealed video clip of fellow 2PM members Junsu and Junho was disclosed. They summarized Wooyoung’s preparation for this solo album as “diligent to the point where it’s just too much.”

Junsu and Junho first stated, “Watching Wooyoung getting ready to fly solo, we discovered new sides to him. He kept pressuring us while we were writing songs for him.” Junsu and Junho each contributed “DJ Got Me Goin’ Crazy” and “Be With You” to Wooyoung’s first solo album. They praised Wooyoung, “He basically created something out of nothing. His diligence and passion are so great. It’s almost nasty how he could be so into this.” Junsu and Junho also showed up at the showcase to support Wooyoung.

This showcase was planned because Wooyoung wanted to present his first solo performance stages to his fans first before anyone else. He performed “Sexy Lady,” “Be With You,” “2nite,” “Only Girl” and other songs that are included in the album “23, Male, Single.” Wooyoung’s solo album title describes Wooyoung’s life at the moment: 23 years old male with burning passion, ready to stand on his own in his own name.