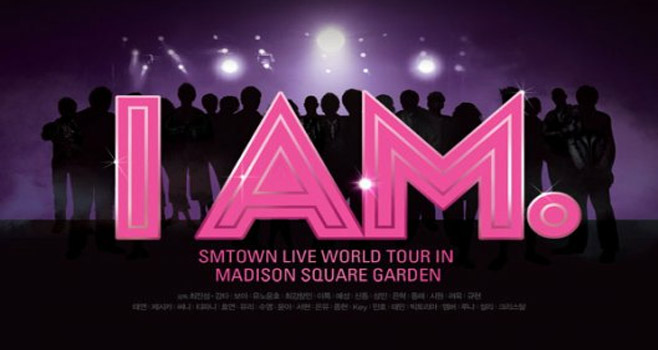 Soompiers in the SoCal region! Great news for you! SM Entertainment’s documentary film “I AM” will screen at the CGV Cinemas in Los Angeles for one week, from July 13 to July 19! The movie experienced tremendous success during its release in Asia, taking home the no. 1 spot in the Japanese box office on opening weekend and selling out at theaters in Hong Kong, Singapore, and Indonesia.

“I AM” features stories of SM Entertainment’s artists BoA, DBSK, Girls’ Generation, Super Junior, SHINee, f(x), and more. The documentary follows the past and present lives of these artists through never-before-seen audition tapes, practice clips, and private interviews and includes performances from SMTOWN’s historical concert at the New York Madison Square Garden back in October of 2011. “I AM” documents the incredible journey that these artists have taken to become superstars in Asia and beyond.

You can purchase tickets to watch “I AM” in Los Angeles at the CGV Cinemas box office or on MovieTickets.com. Additionally, Asian Movies N More is holding a weeklong promotion involving ticket giveaways on its Facebook page! The promotion ends this Friday, July 13, so check it out before it’s too late!

Girls' Generation
SHINee
Super Junior
BoA
f(x)
SM Entertainment
I AM
DBSK
KPLG
How does this article make you feel?