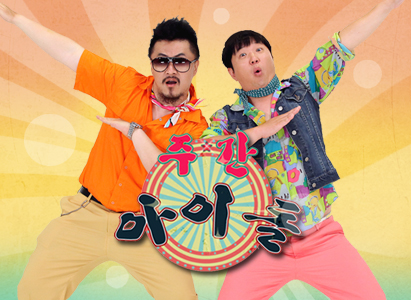 MBC Every1 “Weekly Idol” conducted a survey on currently active idol groups on the topic of “Maknae On Top! Boy group maknaes with power over their older members best 7.” In this survey, idol colleagues shared what they have witnessed behind the scenes of variety TV and music shows to think these maknaes who made it to the top 7 have more power over their older members.

BEAST‘s Son Dong Woon, who is probably the oldest looking maknae of all idols, Super Junior‘s Kyuhyun, the textbook example of “Maknae on top,” and Infinite‘s Sung Jong, the two-faced maknae whom all other members are afraid of, made it to the top 7 of the survey. The testimonies of fellow idol eye witnesses describe these maknaes and how they interact with their group members in humorous ways.

To everyone’s surprise, the idol maknae who won the first place of “Maknae On Top Best 7” ranking was SHINee‘s Taemin. All the other SHINee members adore Taemin as he is the baby of the group, while Taemin enjoys such attention and doesn’t seem to give much thoughts to age-hierarchy. After School‘s Uee described Taemin, “He’s the maknae for sure, but he seems like he wouldn’t be hesitant to share his thoughts on anything. He will say what he has to say.”