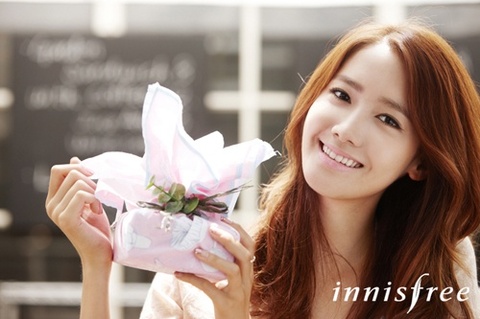 It was revealed on the July 12 episode of SBS E! “K-STAR News” that Girls’ Generation’s YoonA was the highest-earning “girl group center” member in all of K-Pop. The “center” member is widely regarded as the most visually appealing, and in a lot of cases most popular member of the group.

According to the report, YoonA topped the likes of miss A’s Suzy, After School’s Uee, Kara’s Goo Hara, and Wonder Girls’ Sohee in terms of total income. YoonA has been able to rake in over 4 billion Korean won (approximately $3.5 million USD) in the first half of 2012. The majority of the revenue came in from TV ads, as she appeared in a total of 20 CFs for an average appearance fee of over 10 million won (approximately $9,000 USD) per ad.

YoonA is also under salary as part of the Girls’ Generation, but all nine members equally distribute their total revenue, so her CF appearances played a big role in winning this honor. Currently, YoonA is under contract with cosmetic brand “Innisfree,” outdoor brand “Eider,” and the water purifier “Woongjin Coway,” among many others.