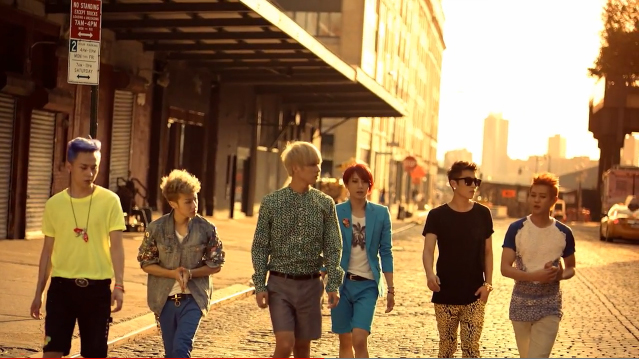 After revealing an album teaser yesterday, BEAST has released the theme Music Video for “Midnight.” The song was released today, July 15, one week before the release of their upcoming mini album.

BEAST’s 5th mini-album entitled “Midnight Sun” will drop on July 22. This release comes over a year since their previous hit “Fiction” in their full-length album “Fiction and Fact” from May 2011.

Just like in the previous teaser, the members are seen waking together on the streets of New York. More closeup shots of each member are also seen, giving fans a better look at their new concept.

BEAST
KPLG
How does this article make you feel?