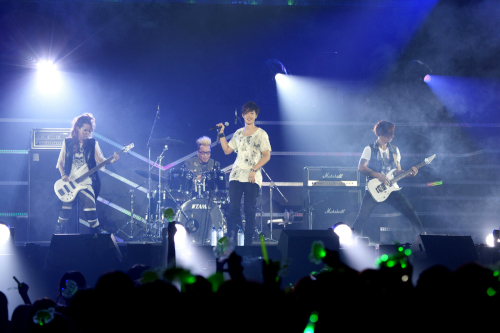 For two days from July 14 and 15, Kim Hyun Joong was so exhausted he needed to get IV treatment. He had a collaboration performance at the Japanese Saitama Super Arena. He also, had an exclusive live performance during the “Kim Hyun Joong Heat 2012,” to commemorate the release of his second single album “Heat.”

A representative of Kim Hyun Joong’s agency stated, “Currently Kim Hyun Joong’s popularity has reached a new peak. ‘Heat’ which was released on July 4, sold 183,000 copies for the first week. The album went past Yamasita Tomohisa, and reached #1 on the Oricon Weekly Chart.”

Kim Hyun Joong
KPLG
HEAT
How does this article make you feel?