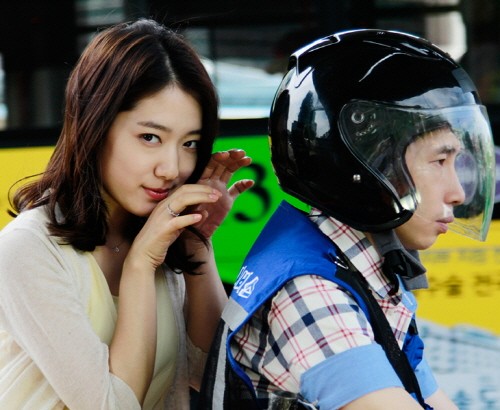 Park Shin Hye’s stint for KBS Drama Special Season 3 is well-received. Her special “Don’t Worry, I’m a Ghost,” aired on July 15 connected with audiences in its unique material that brought both laughter and tears.

“Don’t Worry I’m a Ghost” tells the story of Moon Ki, played by Bong Tae Kyu, who was involved in an accident. When he wakes up, he does not remember his name, family members or where he lives. Along the way, he meets Yeon Hwa (Park Shin Hye), who introduces herself as a ghost. The two lives and stories are intertwined.

Bong Tae Kyu and Park Shin Hye have both received praise for their acting. In particular, audiences were moved with their sad tears. Responses on the Internet after the broadcast expressed sentiments such as “In the beginning, I thought it was just another romantic comedy, but this sad twist really squeezed my heart,” “I’ve fallen in love with Park Shin Hye’s acting and I’ve now a space in my heart for Bong Tae Kyu. I applaud these two actors” and “This is a touching mini-series.”

Park Shin Hye is reported to have appeared in this drama special upon the request of the producers. In response, the actress’ management agency, 4HIM Entertainment said, “We are pretty pleased that Park Shin Hye was able to do this drama. She has received acclaim for her work on this and we thank our audiences.”

Park Shin Hye
Don't Worry I'm a Ghost
How does this article make you feel?