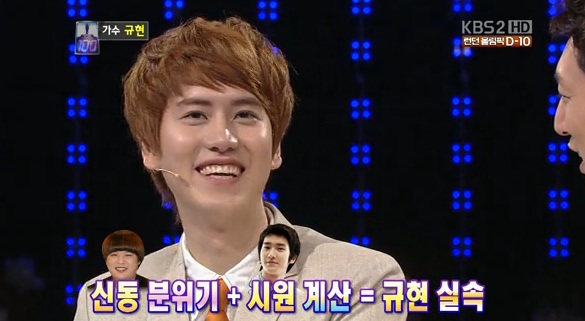 Who said what?! K-Pop stars often say the most surprising/funniest things!

From G-Dragon’s love for skater girls to Park Jin Young’s reason for not getting a nose job!

“Girls that ride skateboards are sexy!” – G-Dragon shared this message and the photo above via his Twitter.

“I really didn’t get it [plastic surgery] done…No, I really didn’t. I don’t invest in areas where I see no hope.” – Park Jin Young confessed that he didn’t get any work done on his face during last week’s episode of KBS “Happy Together.”

“Shindong-hyung seems like he can make friends anywhere. It’s bound to be awkward at the first meeting, so I’m betting on him to start games with everyone. And Siwon-hyung seems like he’ll pick up the tab for us.” – Super Junior’s Kyuhyun picks Shindong and Siwon as the two Super Junior members he would take to go on a date with 3 women.

“I felt betrayed.” – Super Junior’s Donghae jokingly said when asked about Son Eun Seo and Choi Jin Hyuk’s relationship. Donghae made an appearance on MBC “We Got Married” with Son Eun Seo as a couple earlier this year.

“I make the least money among our JYP artists, so I have to make sure 2PM and Wonder Girls’ albums are complete before working on my own album.” – Park Jin Young explains why he hasn’t been able to release as many solo albums as used to in the past.

“Honestly, when I first debuted, that was not my weight. However, now my size matches up with my profile.” – After School’s Uee confirmed her profile, which stated that she is 171cm (5 ft. 7in.) tall and weights 51kg (112.4lbs).

“When I was young, I lived in a house were there was no toilet. There was a public restroom station not far from my house, so I would frequently use that when I had to go.” – Super Junior’s Eunhyuk talked about his past and how pleased his parents were to get a chance to live in a new house.