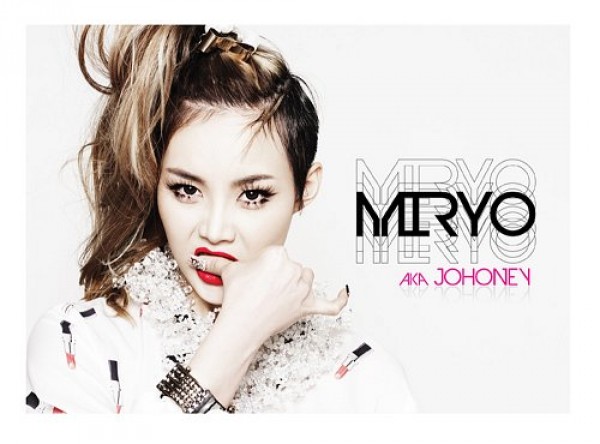 Brown Eyed Girls‘ Miryo participated in the rapper round interview of Mnet “Show Me the Money” and reflected on her solo career. She said, “Personally, I struggled with my first solo promotion in the beginning of the year. I’m still struggling with it.” She explained, “I realized that I’ve never had a solo career. Since I was young, I was a part of a hip hop team. I realized my shortcomings as I was trying to lead the stage on my own. It traumatized me a little bit, so I started to get unnecessarily nervous.”

Miryo said that her concerns about being a solo artist continues in “Show Me the Money.” She said, “When you get nervous, you become less confident. In this case, the survival aspect of the show added more burden. It’s unfortunate. But now I know what my problems are. All I have to do is to work on them and better myself.”

During the interview, Miryo also talked about losing the idol title and returning to being a hip hop artist. She stated, “Although a lot of people think of me as an idol, my mindset is very much like a non-idol. I’m doing the things that I enjoy and makes me happy. Working with hip hop artists isn’t out of my element. I don’t feel awkward at all.”

Brown Eyed Girls
Miryo
Show Me the Money
How does this article make you feel?