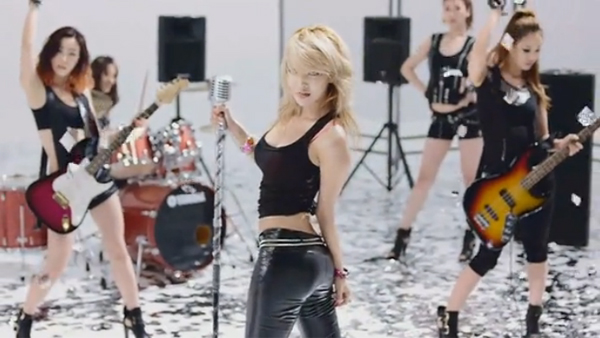 NS Yoon-G Performs Music Core Comeback With “I Got You”

Solo artist NS Yoon-G made her comeback performance today on Music Core with “I Got You.”

She released her comeback mini album, “Skinship” earlier this week on July 18 along with the music video of the title track, “I Got You.” The song follows a new genre called “rocking-tronic,” where she blends the sounds of electro and rock music.

It has been six months since since she released her last mini album “Neo Spirit” in January and promoted the title track “The Reason I Became a Witch.”

Music Core
NS Yoon Ji
How does this article make you feel?