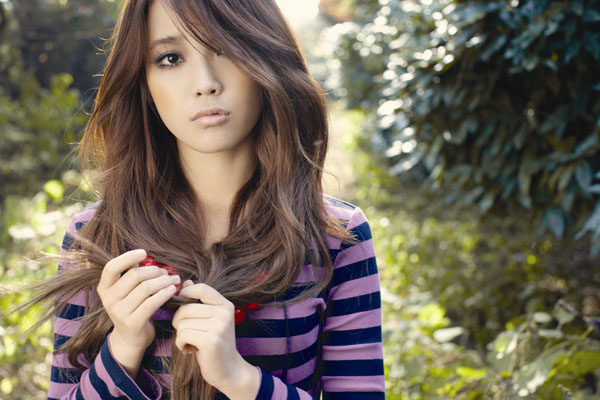 IU recently held her solo concert “Real Fantasy” on July 7 and 8. During the concert, she performed Park Ji Yoon‘s “Coming Of Age.” A video of the performance was uploaded onto an online portal site. The video captured IU’s diva dance skills.

In the video, IU can be seen wearing a black tank top along with hot pants. She can be seen handling the choreography well, and going beyond her image of “the nation’s little sister.” Her fans could be heard cheering during the performance and enjoying her performance.

Viewers who came upon the video commented, “Who knew there was such a sexy charm to girly IU,” “Dancing machine IU!”, “IU’s ‘Coming Of Age,’ daebak!”, “I sat here and gaped at her,” and more.

Meanwhile, IU successfully finished her Daegu concert on July 15 and will be releasing her second Japanese single “YOU&I” on July 18.