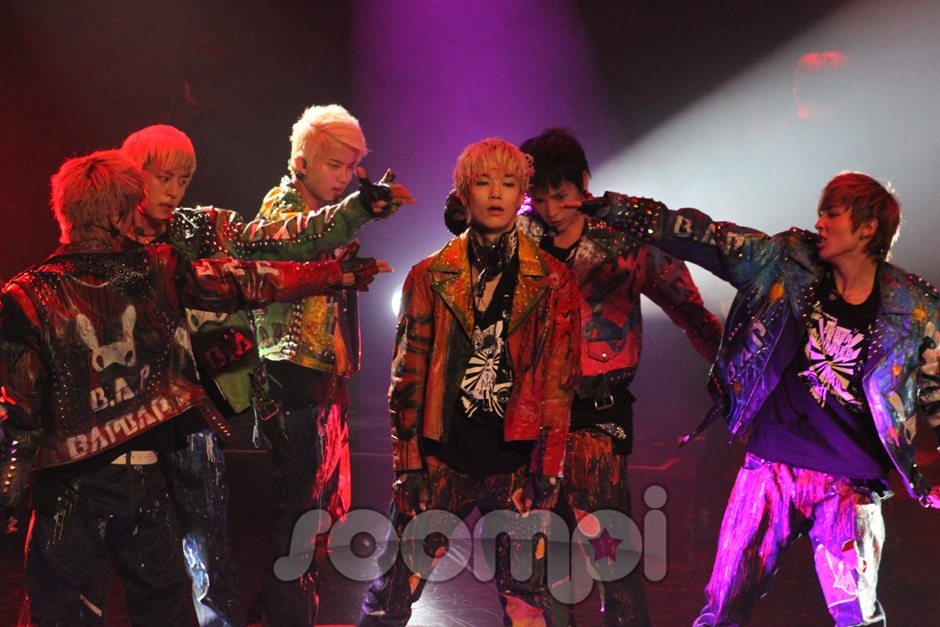 B.A.P was recently in Malaysia for their first showcase here which was held at KL Live on July 8. The event was organized by Jazzy Group.

Fans started gathering around 4PM to get the best spot for this event. The showcase attracted fans from Singapore, Thailand, Indonesia and even a fan from Germany came as they didn’t want to miss the opportunity to meet B.A.P. They also brought along handmade placards, signs and various gifts to give the boys.

The show started at 8:30PM with their song from their second album Power. The fans started to cheer and scream for the six boys. They sang along together.

They continued with Unbreakable that further showcase their talent in singing and dancing. It was followed with What The Hell that keeps fans in hype.

After that Zelo, Jong Up, Young Jae and HimChan entertained the fans with small talk while Bang Yong Guk%3