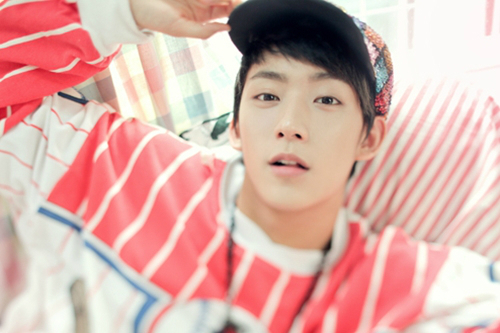 B1A4′s Gong Chan has undergone kidney removal surgery on July 23. According to the lead doctor, due to a ureteropelvic junction obstruction, one of Gong Chan’s kidneys did not function properly and eventually had to be removed.

WM Entertainment reported to enews on July 23, “During one of their ‘Baby Goodnight‘ promotions, Gong Chan felt pain on his side and went to the hospital. He was told that his kidney wasn’t properly functioning but he strongly insisted that he wanted to receive surgery after album promotions ended. That is how the surgery got postponed.”

They continued, “Whenever he had pain, he took painkillers and continued with his activities. Considering his fellow B1A4 members and the fans, he always put on a bright face and tried not to make things noticeable. He knew that fans would be worried if news of his surgery was revealed so he asked that we withheld this information until after the surgery.”

Gong Chan’s surgery ended successfully and he is currently recovering. He will be resting and recovering in the hospital for about a week. After being discharged, he will be able to resume normal, daily activities but it is reported that he will take things easy for a while.

Meanwhile, as B1A4 wrapped up their album promotions, Sandeul has been cast for the musical, “Brothers Were Brave,” and Baro became a member of the official panel for the radio show, “Shindong’s Shim Shim Ta Pa.” Also, starting from July 25, “B1A4’s Hello Baby” will start to air.

B1A4
Gongchan
KPLG
How does this article make you feel?