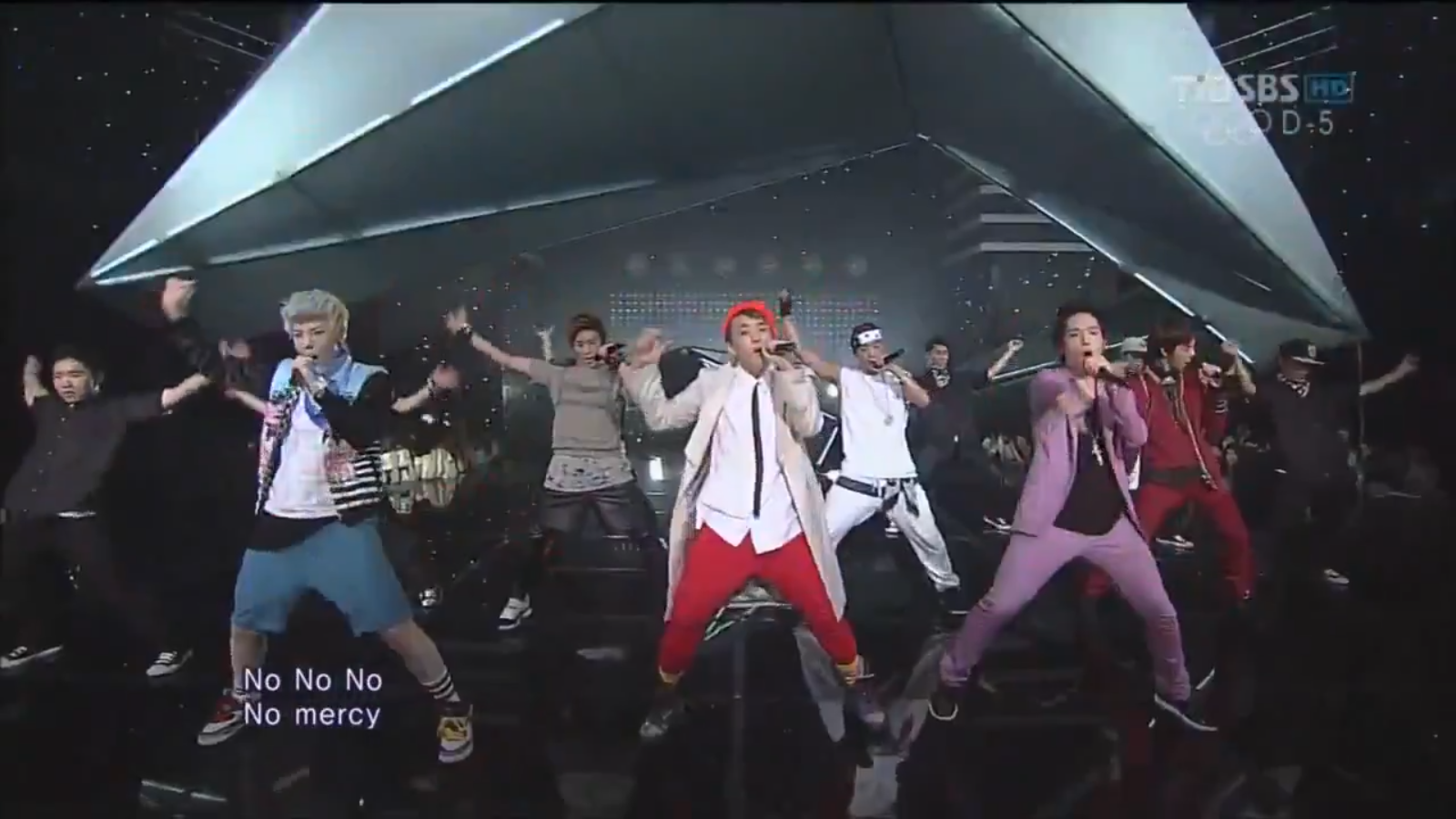 On July 23, A Canadian fan alerted TS Entertainment (via the group’s official fan café) that international fans had taken to Twitter to show their appreciation of B.A.P’s first mini-album “No Mercy.” Their efforts proved the group’s growing popularity.

According to the fan, the terms #NOMERCYBAP, “No Mercy,” and “B.A.P” took the worldwide trend top 3 slots as soon as the album was released.

Not only has B.A.P made an impact on Twitter but the group’s new album has done well overseas. “No Mercy” ranked in on the top 10 of the iTunes “Top 10 Hip-Hop Albums” chart in the United States, Japan, Canada, and Australia. The album also managed to place second on Norway and Finland’s iTunes charts.

This is not the first time that B.A.P has made an impression on a worldwide level. B.A.P’s debut album, “Warrior” had ranked tenth on Billboard’s World Album Chart. The group’s second single album “Power” also charted, this time scoring first and second place on the iTunes Hip-Hop chart in Canada and the U.S. Their achievements just further proved their popularity domestically as well as abroad. Since their debut the group has received attention worldwide from countries such as Taiwan and Malaysia who have ranked them as the next-generation of K-Pop superstars.

B.A.P held their comeback stage on “Inkigayo” and will continue to meet with fans through their music broadcasting activities.

Comeback
itunes
twitter
bap
No Mercy
How does this article make you feel?